A celestial smiley face to bring cheer and good luck

It’s Dec 1st, 2008 and tonight we had the pleasure of a conjunction of the crescent moon, Jupiter and Venus making a smiley face in the evening sky.

This alignment of the crescent moon, Jupiter and Venus apparently will not occur again until 2052, although the next time Venus and Jupiter have a close conjunction is in May 2011 and March 2012 so for those that missed it, here is what it looked like from Melbourne, Australia.

I took the opportunity to play with my Canon 1DMIII with EF 24-105mm L lens from my letterbox. 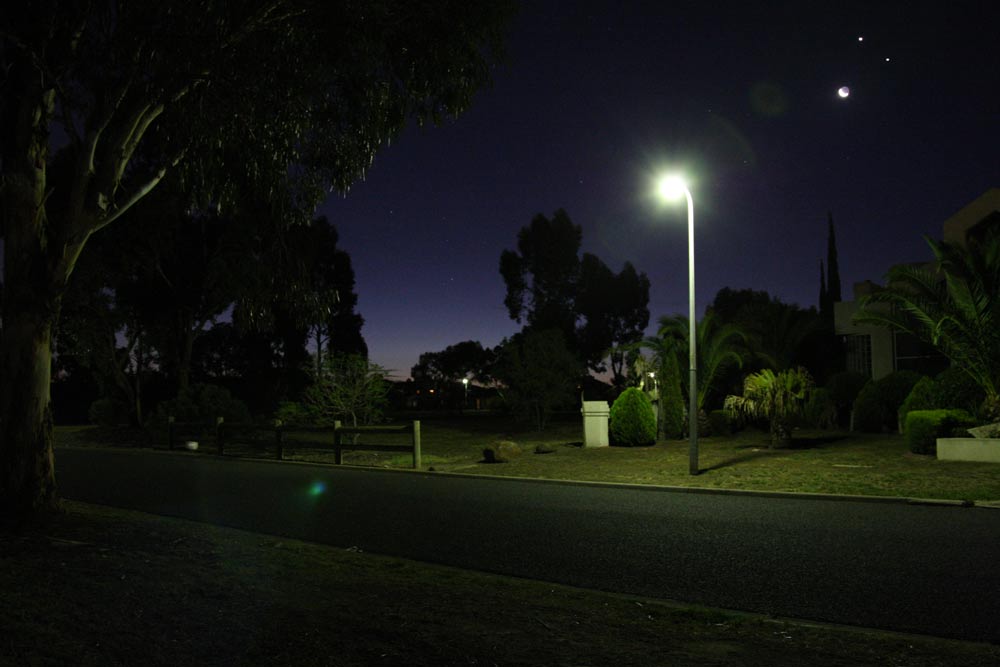 For the tech heads, I removed the UV filter to minimise lens flare from the street light and the settings used were 24mm focal length, f/4, 3200ISO, 0.5sec exposure.

No post-processing, just resizing and compression for the web. Click on the image for a 1000 pixel wide view.

I also tried with an Olympus OM 21mm and 24mm lens but whilst both gave excellent results, they did have a more pronounced lens flare.

Of course, I could have moved over to the park and avoided the street light but I felt this added interest and lit up the foreground nicely.

And just for the Olympus guys… here is a shot with the Olympus E510 with ZD 50-200mm SWD lens at 50mm which I have cropped just a little and applied a blue monotone tint in PS but no other PS other than resize and compress for the web. 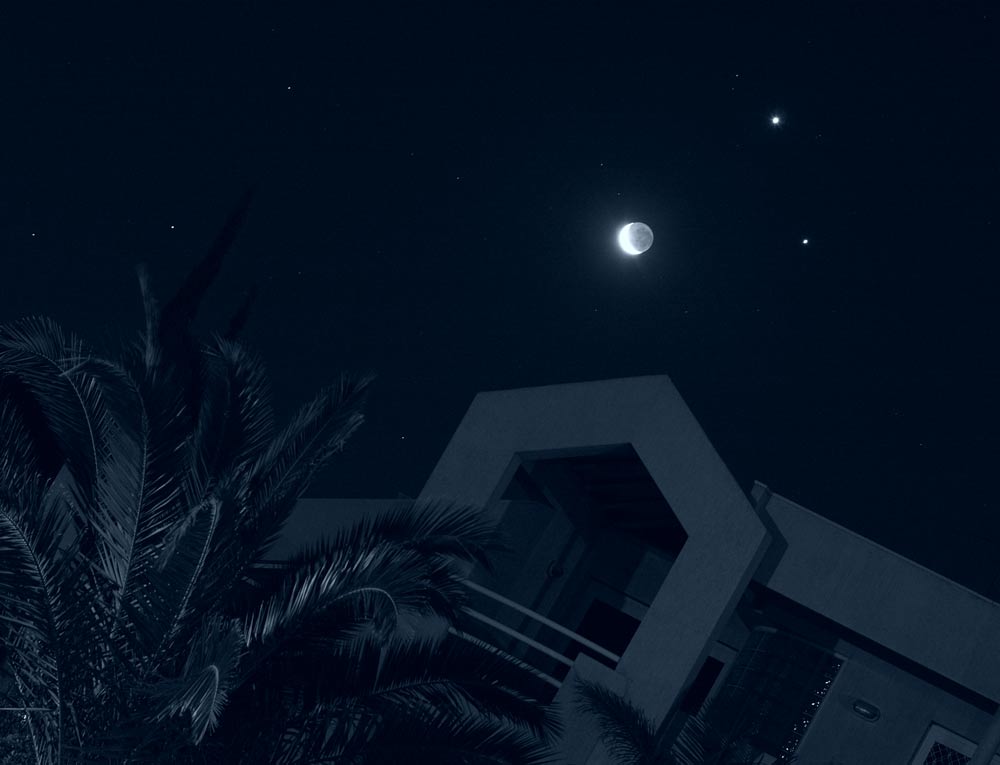 This image was taken at f/4.5, ISO 400 at 6 secs exposure with antishock set to 5 secs (mirror lockup). I purposely over-exposed the moon to bring out foreground detail.

The ZD 50-200mm at 200mm giving 400mm eq. focal length reach in 35mm terms actually took a very nicely cropped shot just of the moon, venus and jupiter, but lacked the contextual interest of the foreground.

Those in Europe should be lucky enough to see the moon occult Venus in a similar way to the following occultations I imaged of Jupiter and Mars a few years ago.

“The last time London was treated to such a favorably placed Venus occultation was back on October 7, 1961. And after 2008, there will not be another similarly favorable Venus occultation for the United Kingdom until January 10, 2032.”

I captured an uncommon event in 2005 when Jupiter was occulted by the moon: 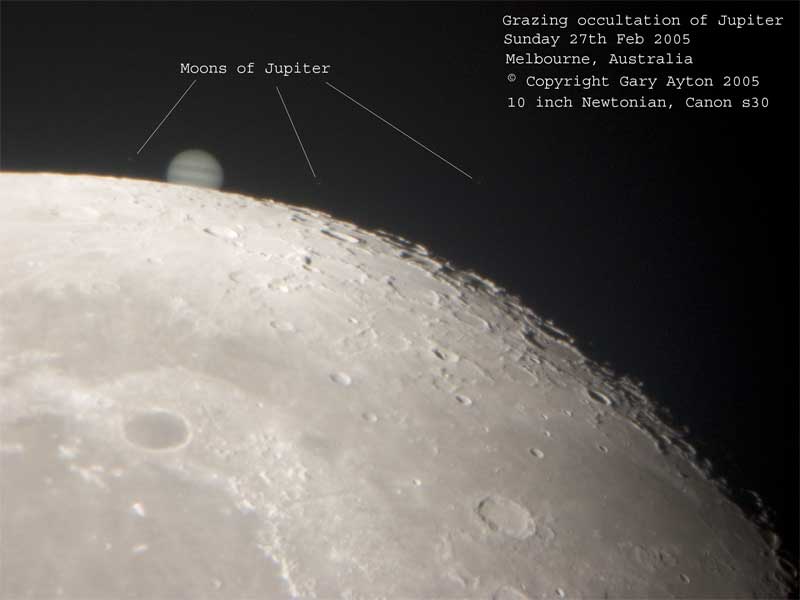 and.. an even rarer event, a grazing occultation with Mars when Mars was almost at its closest to Earth in 2003 in tens of thousands of years – hence bigger and brighter than usual. 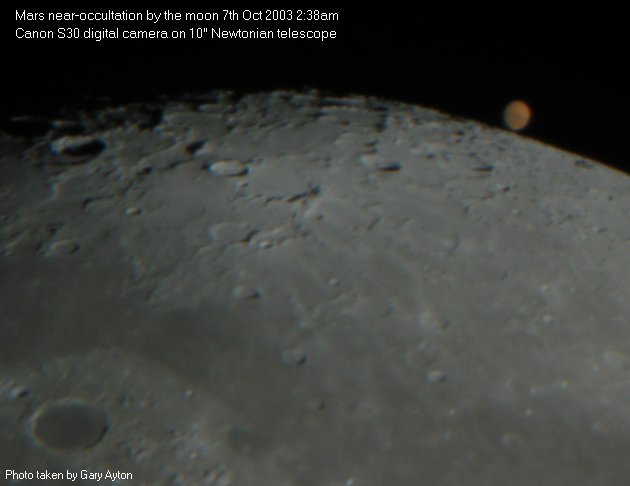 More of my astrophotography can be found here:

More information on this event can be found at space.com.

Other blogs to cover this event:

And, if you are in America, the moon has moved to the other side of Venus and Jupiter resulting in a sad face, which I guess is representative of the state of affairs over there 🙂

and compares with past events:

and don’t miss this image of a sequence of shots at the same time each day for a full month in New Delhi showing Jupiter marching towards Venus using an 18mm lens. Three days of photography are missing because of clouds and haze in the evening, 12th, 16th and 30 November. The crescent moon starts at the bottom on 1st November, goes just at the edge of (behind) the building, and upwards, and returns in the scene on 1st December to form the now famous Celestial Smiley!